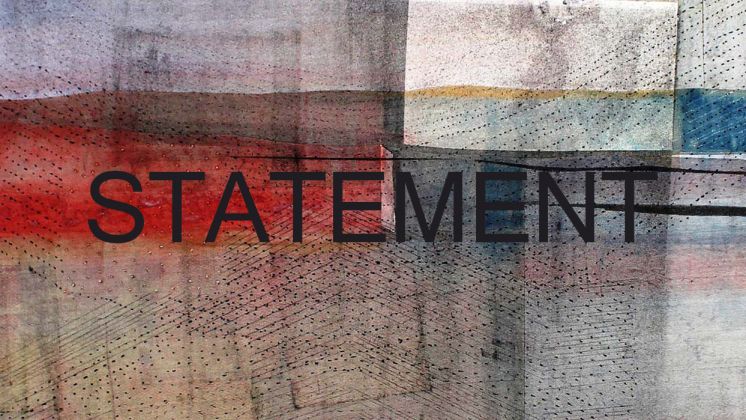 Statement:
The world I expressed, to instantaneously exhibit an explosive phenomena that has caused a rift within their steady co-relationships, components that shatter our familiar reality, so that we may reach that rare moment which allows such intricate parts to disassemble from within, a hunger that even physicists continuously cannot control. However, art has been able to turn the impossible into the possible, a request that allows us to imagine that modern life is lost, yet art that was initially considered impossible was made possible. In this same way the unspeakable was spoken, through breaking up the integral parts of our lives, it became possible to concretely express and observe the essence of life through this breakthrough, this explosive rupture, yet in ways that makes sense to the observer's mind through reuniting the disrupted components, components that creatively assemble the generalities of life, a generality that smooths away harsh truth and it thus filled with dreams and aspirations.
The dream that connects component and generality with a bridge, an imaginary generality and harsh and terrestrial components. I use my skills to bring the components together, components that only art can present its smooth generality, sometimes from the deepest dark hole of components and sometimes beyond the light horizons of generalities, and show them to people who are the components that form the whole. Symbols of bright generality which lightens the rupture and dark components are like magical puzzles that are rare in universe. Art is flying in the sky of components that lead you to understand the rupture of generality and justify the disruptive of components.